You are here: Home / News / Passing of Founding Member 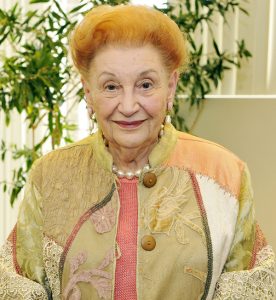 January 21, 2021 (Hartford, CT) – The Harc family mourns the passing on January 14 of Margaret Tedone, our beloved founder and leader. In 1951, Tedone and a group of friends founded The Hartford Association for Retarded Children, later renamed Harc, Inc. It was a time when children with intellectual or developmental disabilities (IDD) were routinely ‘put away’ and warehoused in large state institutions. Bearing a child with an intellectual disability was often fraught with shame. Countless people were unaware of siblings living at Mansfield or Southbury State Training Schools. Tedone and her fellow parents gave birth to a movement that created a full range of community-based supports from birth and throughout the lifespan.

“Margaret was a tireless, courageous, articulate, and visionary leader who used every tool to speak out to create social change for people with developmental disabilities and their families. Her fingerprints were on every aspect of our journey,” said Dr. Stephen Becker, Harc’s President Emeritus.

Tedone had a son, Thomas, with developmental disabilities. She devoted much of her life to advocating for the rights of people in the IDD community. In 1976, she gained national recognition as one of the pioneers of the movement, advocating for landmark legislation that addressed the human and civil rights of people with IDD, particularly their education and training.

Greg Calnen, Harc’s Board President, remarked, “Mrs. Tedone was a true legend, paving the way for those with intellectual disabilities, their families, and their advocates. There would be no Harc without her. We are indebted to her for all her work and support. She will always be a part of Harc.”

Margaret Tedone from The Mercy Community on Vimeo.

Tedone remained a supporter and donor to Harc throughout her life. She received Harc’s Lifetime of Service award, which she cherished. She served on Harc’s Board of Directors and was a frequent speaker at Harc events as recent as 2011.

“As Harc celebrates its 70th year of supporting people with intellectual and developmental disabilities, Margaret will be remembered for her significant role in its creation. She will be honored throughout the year and well into the future. She left an indelible mark on our hearts, and her work and dedication will live on for generations to come,” said Ken Cabral, President, and CEO of Harc.

About Harc: Harc was founded in 1951 by visionary parents of children with intellectual disabilities who knew that their children had worth and immense possibilities. They became fierce advocates fighting against exclusion, isolation, discrimination, lack of opportunity, unemployment, and low expectations. Their grassroots efforts led to partnerships with generous individuals, corporations, the United Way, the Hartford Foundation for Public Giving, and other community foundations to raise funds and create life-changing programs. Today, Harc’s services begin at birth and continue throughout the lifespan, with a range of supportive, enrichment, employment, and residential services throughout Greater Hartford for participants and their families. For more information, visit harc-ct.org